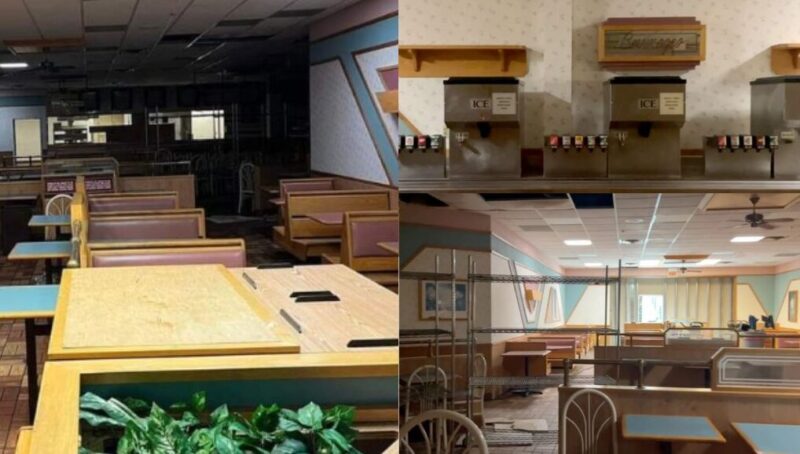 Almost a Darwin Award. Colombian cyclist, Luis Carlos Chia, threw his arms open wide to celebrate after crossing the finish line. Unfortunately, in his exuberance, he grabbed the handlebars in an attempt to avoid hitting a group of photographers – including his wife, Claudia! Chia nailed his wife with his bike, knocking her to the ground. “I don’t understand why she didn’t get out of the way,” Chia said after the accident. Claudia was okay (needing four stitches) but no reports if she threw Chia’s bike into the trash.

Tutankhamun was here. A vendor at the Concord Mall discovered a hidden treasure locked behind a wall: a fully intact Burger King from 2009. He uploaded a video tour of the abandoned restaurant, including finding a bag containing disgusting, but well-preserved french fries. Current and former employees said that the space has been used for storage and for running a hose through to water plants in the mall. One poster quipped: “In Europe, they’ve been finding remnants, artifacts, and towns of the Roman Empire. Here they find Burger Kings.”

Now, that’s late! The Tooting Library received a package from Canada containing a copy of a book that was checked out – in 1974! Appx. 48 years and 107 days overdue. The borrower, 72-year-old Tony Spence was spared the late fees (a whopping $7,618.10). “We’re pleased to have the book back in a condition good enough to return to the shelves,” a statement from the library said. Wait a second… there are still libraries?