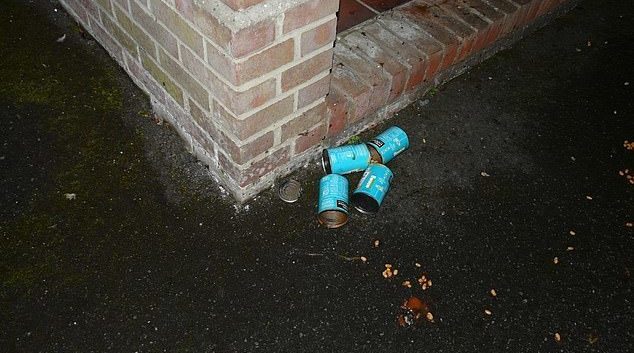 Throw this perp in the CAN! Authorities in the small, quaint village of Wonersh are stumped. Some serial lunatic is going around the town committing crimes. Murder? Nope. Arson? No. Robbery? Uh-uh. This person is pouring baked beans on people’s doorsteps, cars, and into mail slots. The fiend! Locals newspapers are asking: “What half-baked idiots would do this?” and “It’s an absolutely Heinzous crime.”

Urning your trust. Demetra Street attended a memorial service for her husband, Ivan, complete with a photo of him next to an urn at the Wylie Funeral Home. But after the service, she wasn’t given the urn with Ivan’s ashes in it. She found out that some other woman, claiming to be Ivan’s wife, had “her husband” buried three days earlier over at Baltimore’s Mount Zion cemetery! Oopsie! Street filed a lawsuit against the funeral home for $8.5 million calling the urn displayed at the memorial service a “sham.”

Bless this mess. The Vatican in Rome is full of goodies given to various popes over the centuries, but our current Pope Francis has a new toy that’s delighting him: a foosball table. Local news reported that a Tuscany-based table football association, Sport Toscana Calcio Balilla, presented his holiness with the game, and he immediately struck up a match with Natale Tonini, president of the club. Pope Francis is a big fan of soccer and of his home club, San Lorenzo, in Argentina. I don’t suggest losing to him!