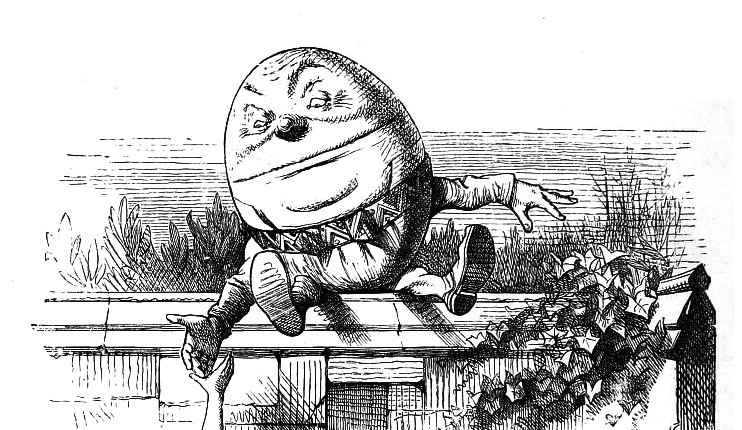 I may know art, but I like eggs. Police are looking for a sculpture that was stolen from a local art fair. The unique piece, titled “Dumpty Humpty,” is a bronze of the nursery rhyme character sitting on a toilet, his pants around his ankles, and a book in his hands. Oh, and it’s worth $1,400! The artist told police she’d seen two men loitering around her booth, and when she stepped away, they vanished, along with the artwork. Security camera footage showed the egg thieves, so it’s only a matter of crime… er, time.

I’ve heard of Goldfinger, but not THIS guy! Mohammad Sharif was arrested at the New Delhi airport for trying to smuggle nearly a kilogram of gold. The Central Industrial Security Force said that Sharif attracted their attention because of the weird way he was walking. When he was detained & examined, officials found more than 900 grams of gold paste (worth roughly $56,000) in his rectum! Ouch! The CISF says they watch for people who walk awkwardly or are displaying discomfort on their faces. Insert your own joke here.

Where’s Waldo? How about ‘Where’s Mutlu?’ Beyhan Mutlu was out drinking with his buddies when he wandered away from them. Thinking him missing, they called for a search party to look for Mutlu, unaware that the drunken Mutlu had joined the search group as a volunteer, not realizing they were looking for him! When volunteers began shouting his name, the lightbulb went on. “I’m here,” Mutlu said, and the police gave him a ride home.