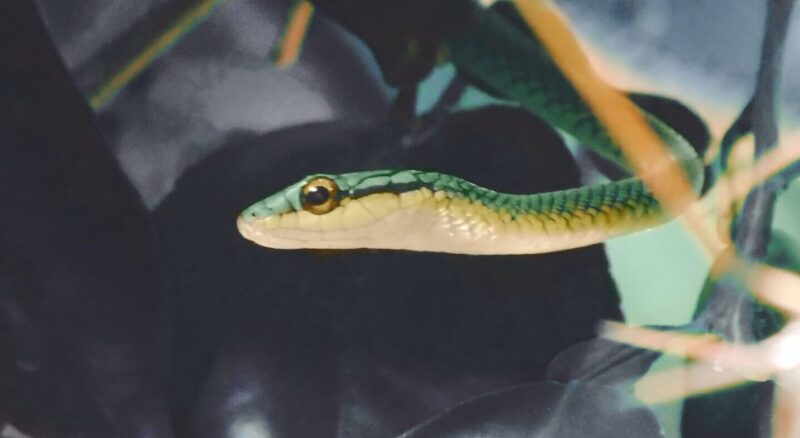 Image Courtesy Of LucasVphotos On Unsplash

From around the corner, down the street, and up your alley, here are some stories that hitting the headlines… and they’re all TRUE!!

Oooo! That’s gonna hurt! Hasan Riza Gunay must be a masochist at heart because his job is a human punching bag. Known as Turkey’s one and only stress coach, he lets his clients hit him (and he doesn’t hit back). “Most of my clients suffer from depression or panic attacks,” he said. Gunay said around 70% of his clients are women, so he doesn’t worry about getting hurt. Plus, he wears protective gear, sometimes accompanied by a photo of the person the client is unhappy with. Hmmm…better than those inflatable clown dolls–remember those?

Merry Christmasssssssssss! Rob and Marcela Wild figured there might be a creature in their newly decorated Christmas tree when their cats kept staring at it intently. Could it be a wayward mouse or squirrel in it? Nope! Instead, they found a Boomslang! One of the most venomous snakes in Africa! Yikes! They called a snake catcher to safely retrieve the serpent. “A scary moment turned into an exciting time for the children,” said the mom. Yeah, Santa would have freaked out!

The cat’s meow! The woman sitting in seat 13A on a Delta Airlines flight from Syracuse, New York to Atlanta gave a whole new meaning to the phrase, “emotional support animal” when she  tried to breastfeed her hairless cat, much to the cat’s (and other passengers’) distress and disgust. Flight attendants repeatedly asked the woman to stop and return the yowling cat to its cage, but she refused. A message was sent alerting the ground crew in Atlanta to apprehend the woman at the gate. That poor kitty!