What Are The Health Risks Of Professional Online Gaming? 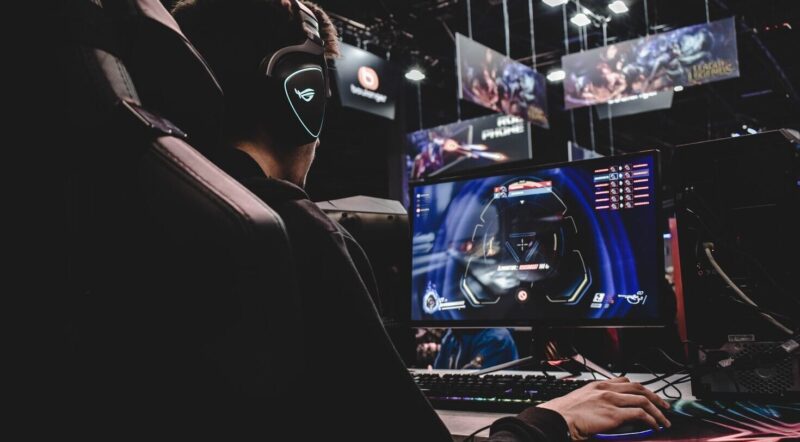 Professional football, soccer, and Olympic athletes often get injured because of the many hours each day of high impacts, torquing of joints and muscles that people normally do not experience in life. Humans are not built to withstand the forces of football for more than a few years, because of concussions, tendon and ligament injuries, and being out-competed by younger players. So, the average career span in the National Football League is only 3.3 years.

But for Esport pro gamers, do they risk serious injuries or illnesses to their body? Yes. The average pro gamer plays 50 hours a week and some play up to 70 hours a week if they are ultra-competitive. Human bodies are not built to be pro gamers either.

What does a 70 hours week schedule of playing video games mean? It means that the pro gamer has only 14 hours off from play each day. If they get a good eight hours of sleep, which is difficult for highly stimulated and stressed players, that leaves only 6 hours to clean up, eat, recover, exercise, and catch up with their other needs and chores.

Wired Magazine October 2020 printed a good article on how rough being a pro gamer is on the body and mind. For example, Jian “Uzi” Zihao, then China’s most popular esports player told the world on June 23, 2020, that he was quitting the sport. Even though he had more kills in tournaments than all other esports players globally, his declining mental and physical health were far more important to him than the future money and fame awaiting him. When interviewed by Nike, Zihao surprised fans that doctors said his 23 years old body was more like a 50-year-old’s. “As a result of staying up late for years, a fatty diet, and being under insurmountable stress, last year I found out that I was type-2 diabetic… The doctor has told me that if I continue there could be serious complications.”

In December 2021, after one and half years of focused recovery, Jian Zihao rejoined the Leaguer of  Legends as an esports pro.

Famous Call of Duty Player, Thomas ‘ZooMaa’ Paparatto,  told the world in January 2021 that he was retiring because of a thumb injury, He said playing “through the weakness and pain in my hand just isn’t possible anymore.”

Injuries in esports are so common that teams have hired trainers to teach players how to care for their bodies, minds, and emotions. Trainers schedule their activities, plan their diets, and help them address injuries before they become chronic.

Newzoo is the most reliable source for esports market research. It projects global esports revenue to reach $1.8 billion in 2022. Where does the revenue come from? The esports industry earns cash through sales of media rights, live event ticket sales, sale of merchandise, in-game purchases, however, 69% of the cash is from sponsorships and advertising.

Over 112 players have earned $1 million or more during their gaming careers with Johan Sundstein  (of Dota 2 fame) having earned the most with $7,183,917. So, the incentives are high for young men and women to become pro esports players.

Over 600 colleges and 8600 high schools have video gaming teams and $16 million in college scholarships were awarded to high school gamers.

Just like in other professional sports there are very few who ever make big money with esports. Yet interest in competitive esports is growing. Young people still hope they can make it big as pro gamers.

Professor Ingo Froböse, a sports scientist at the German Sports University in Cologne, was the first researcher to investigate the stresses esports gamers experience during tournaments and practice. “The eSports athletes achieve up to 400 movements on the keyboard and the mouse per minute. The whole thing is asymmetrical because both hands are being moved at the same time and various parts of the brain are also being used at the same time.” This level of stress on the central nervous system was higher than Froböse had seen in other sports.

It’s not just the risks of injury, mental stress, or emotional burnout that can force gamers to retire from being professional players. Dr. Todd Sontag of the Washington Post reports that hand-eye coordination slows down by the time pro gamers reach 25 years old, and the younger upcoming players have the biological advantage to win.

Fabian Broich became head of performance for Excel Esports, an esports organization with League of Legends and Fortnite teams. Previously he was a professional soccer goalie for German, Icelandic, and USA teams. Broich established new schedules for the team, including physical exercise, breaks, and time for the players to discuss their personal issues. Broich monitors the mental health, sleep (each player wears an Oura ring to bed which tracks their sleep and recovery), hydration, nutrition, of each player to help them optimize their results. He realizes that it is hard for an esports player to tell whether the body is exhausted. While physical sports give obvious signs through the muscles that the body and mind are tired, with gaming, the body doesn’t experience being tired in the same way and the mind can just keep playing the game.

In their “Mental Health” section, the website also addresses brain and eye problems, and melatonin suppression in the pineal gland from excessive blue light exposure from computer screens, which leads to problems in sleeping.

Finally, in the “Nutrition” section of the website, they address the specifics of eating proper foods, regular meals, high energy but safe snacks, and sufficient hydration because these nutritional needs are easily neglected by gamers who invest many hours a week in online gaming.

Online games are now played by 85% of internet users worldwide. That’s 4 billion people. Online gaming is the most popular sport played in the world followed by Volleyball with 998 million players and basketball with 450 million players. Many young people aspire to become professional esports gamers. Multi millions of dollars in prizes and the glory of being a pro gamer are strong incentives. Colleges also commit millions of dollars in scholarships to acquire talented gamers to play on their esports teams.  Yet the downside of this is the lack of awareness of how to avoid injury or illness by gamers that play online for many hours each week. There are a few comprehensive useful resources online that identify physical, mental, and nutritional risks and solutions to each specific problem. People who know serious gamers will benefit their friends by informing them of websites like esportshealthcare.com and telling them of the health studies on gamers like the ones cited in this article. But it is up to the serious gamer to choose to be educated on the need for a personal training program and commit to following it so they avoid or minimize personal damage and can have a solid path to recovery.