It should not surprise anyone that parking reform is sweeping the nation. It’s not often that policymakers have an opportunity to make a simple change that simultaneously makes it easier to build abundant affordable housing, helps small businesses, encourages transit use, is rock-solid climate action, and actually saves the city money. In the last 30 days alone, four U.S. cities have seized this opportunity and repealed costly parking mandates entirely (Lexington, Kentucky; Culver City, California; Cambridge, Massachusetts), or in most of the city (Nashville, Tennessee), and a fifth (Gainesville, Florida) is almost certain by the end of the month.

This article was written by Tony Jordan and originally published by Strong Towns.

Abolishing arbitrary parking ratios only unlocks the potential for big gains in housing, transportation, climate, and local wealth generation. It’s analogous to removing weeds and rocks from a garden. The gardener still needs to plow and fertilize the field, sow, and tend the crops before they can reap the rewards. Parking mandates are an obstacle to sustainable and equitable communities: Remove them and over time a few more apartments will be built at the expense of space for a few cars, but without further effort we might see little impact, or even worse, a backlash and the return of mandatory car storage.

To build the type of cities we want, to take advantage of zoning reforms that re-legalize compact, walkable, and transit-rich neighborhoods, we have to continue to pursue comprehensive parking reforms that go beyond repealing minimums and actively combat car-dependency. Fortunately, these additional reforms and strategies are also simple, impactful, and fiscally advantageous. Cities should price their curbs to manage demand and spend the revenue on infrastructure and programs that improve safe, convenient, and equitable access to our communities for people traveling by any mode, not just in their cars.

The public right-of-way, including the curb lane, is likely the most valuable asset a municipality has. For decades, the city planning department has forced builders and business owners to provide car parking, at great expense, while the transportation department offers the same amenity nearby at a price that can’t be beat: free. This means businesses can’t charge drivers for using their parking lots, but instead they must bundle the cost of parking in every transaction from a tenant’s rent to a gallon of milk. All must pay for parking whether they drive or not.

Unmanaged curbs are a liability for proponents of parking reforms. Portland, Oregon, serves as a cautionary tale. In 2012, a number of apartment buildings with no off-street car parking were built on Southeast Division Street, and the city wasn’t prepared for the fallout when neighbors realized their free and unmanaged neighborhood parking would be utilized by some of the 70% of apartment dwellers who still owned cars. Lacking a ready-to-go plan to implement residential parking permits or parking meters, the city buckled under the pressure of angry nearby residents and began, again, to require parking in buildings with more than 30 units. During the biggest building boom in a generation, Portland discouraged the building of more homes.

Finding the right price for curb parking isn’t complicated. Monitor the occupancy and charge the lowest price (for meters or permits) that leaves roughly one parking space available—most of the time—on every block face. Because the pricing is sensitive to demand, nearby business owners shouldn’t worry about parking meters driving away business. While customers and residents never want to pay for parking, they’ll be paying for something of value: availability and convenience.

Proper curb management pays big dividends, figuratively and literally. Fewer cars circling for parking means fewer conflicts between drivers and people traveling on foot, scooter, wheelchair, or bike. Demand-based pricing at popular locations encourages visitors who could arrive by other means to weigh the tradeoff and consider those options. And it likewise allows cities to evaluate tradeoffs more accurately between parking and other potential uses of the space. When a city knows what drivers are willing to pay for a curbside space, they have a good benchmark for how much a business should pay to use the space for outdoor dining or shopping. When a city repurposes the space for bike lanes or bus lanes—which can bring more patrons to a business district than the parking they replace—the price of the remaining spaces responds to preserve convenience and availability. And, of course, parking meters and permits generate revenue, potentially a lot of revenue.

Having a good plan for spending parking revenue is just as important as having a good policy for setting the price. Cities that save up for a new parking structure are inviting more traffic and pollution into their city centers. Cities that use parking revenue for general funds create a conflict of interest—if a climate action or transportation plan calls for reducing car trips but reducing car trips means losing parking revenue from the general fund, the budget will win every time. One solution is implementing parking benefit districts where revenue is spent on public services in the meter/permit area. These districts are most impactful when the services are aligned with the bigger-picture goals of parking reform, such as creating better and more equitable transportation options. Parking revenue can be spent to repair sidewalks, install lighting and wayfinding, build crosswalks, improve bus shelters, and to subsidize transportation costs for low-income workers and residents.

The momentum around abolishing parking mandates is fantastic and every win should be celebrated, but we ignore these other reforms at our peril. We should be particularly concerned about the potential for backlash and poorly allocated revenue when parking reforms are implemented in response to new statewide laws and rulemaking, such as in California and Oregon. Traditionally, parking reform victories have come about after a long campaign of education, coalition building, and public process, but statewide preemption of parking mandates throws some communities right into the deep end. The Parking Reform Network is building a national movement to support the advocates, staff, and policymakers in these cities and to accelerate the adoption of comprehensive parking reform across the country, and beyond. 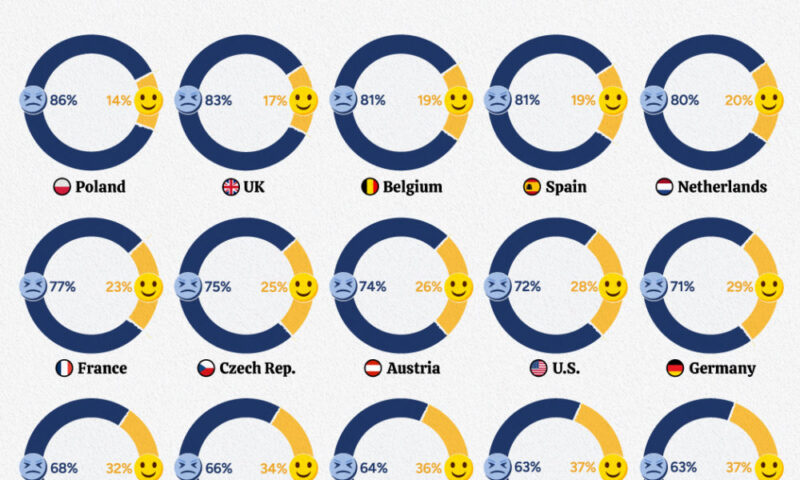