What Is A Sport, Anyway? 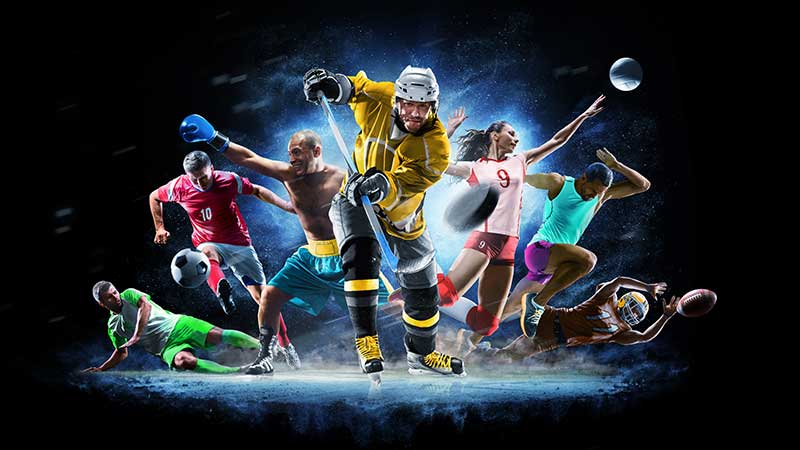 It is an irrefutable truth that the topics of religion and politics are best avoided in polite company. Surely, nothing sours a Saturday evening soiree more quickly than a soused and surly someone vehemently arguing that Neville Chamberlain’s geostrategic policy when signing the Munich agreement was sound. (Don’t be THAT someone.) Much better to avoid controversy and potential hostility by sticking to subjects of levity and fun at social gatherings; things like basket weaving, horticulture, bird watching or, in the right crowd, existential motifs in contemporary reality television. Of course, if none of these strike your fancy, there is always that old stalwart of spirited barroom philosophizing: sports.

The issue of radical fandom notwithstanding, sports has the ability, perhaps more so than any other societal element, to transcend the divisive lines that render other subjects that similarly stir the passions unfit fodder for civil discourse. Or so it does until an inquiring mind asks a simple, yet incendiary question: what, really, is a sport?

The most basic definition, as offered by the Oxford Dictionary, states that a sport is an “activity that you do for pleasure and that requires physical effort or skill, usually done in a special area and according to fixed rules.” By this logic, golf, which many deem a pleasurable activity, played on a special course with special rules, is a sport. So, too, does surfing, an incredibly exciting and skill-based oceanic pastime, meet the criteria of sporthood. Some who read this might now be wondering where the problem lies. I will say precisely, and without a hint of irony or sarcasm, that the problem, dear reader, is that neither golf nor surfing are sport. They are, indeed, activities that many pursue for pleasure, and that require physical effort and skill, and are performed in special areas according to fixed rules. But sports they are not.

This is because the definition provided in most standard dictionaries, and therefore the one widely understood and accepted by the masses, is incomplete. The most crucial element to defining what constitutes a sport vs. a competitive activity is not skill, physical exertion, organizing principles, or pleasure. The most crucial element of sport is defined by one word: defense.

Defense, or the actions taken to directly deter the opposition from accomplishing their goal, is the sole distinction between a sport and a mere competition. Some might be inclined to insist that our previous two examples are sports due to their high degree of difficulty and the skill required to compete at the professional level, but the fact that that a golfer or surfer cannot impede their fellow competitor’s path to victory through direct action means that neither are accurately placed in the realm of sport. Some might take offense and assume that this is an attempt to denigrate or disparage, but that is not at all the case. Both golfers and surfers are remarkable athletes, and their feats and accomplishments are worthy of adulation. But the plain fact remains that a competitive game or activity that does not allow for defense to be played is no sport.

Before attempting to create a definitive list of what qualifies for sporthood and what does not consider that while all sports contain elements of competition, not all competitions are considered a sport. For example, nary a person alive would claim that The Great British Bake Off is a sport, and yet, it meets all of the criteria in our earlier definition: baking is pleasurable and requires skill and effort, it is done in a special area and has specific rules. But The Great British Bake Off, and other similar food-based programs, are considered competitions, not sport. Hypothetically, if the producers for The Great British Bake Off were to introduce an element of defense wherein the bakers could sabotage their competitors — steal their butter, disable their ovens, replace their sugar with salt — one could then justifiably argue that the show is a sport. Similarly, if golfers could impact their opponent’s score by taunting so as to throw off their swing, or intensifying wind conditions to alter the ball’s trajectory, this would make the game of golf sport eligible. But, alas, neither golfers nor bakers have any control over how well their competitor’s fare.

Now that it has been established that the defining characteristic of a sport is defense, we can apply this logic to determine whether something is a sport or not in a delightful game called “Sport or No Sport.”

Keep in mind that if one were to decide to propose this game at their next Saturday soiree, the evening could devolve into a hellacious hullabaloo, which sounds fun, but, in fact, is not.

LeBron James, indisputably one of the greatest players in NBA history, has as his defining career moment a come-from-behind block on Andre Iguodala to secure his third championship. A defensive play. Nothing else needs to be said.

Michael Phelps might be the most decorated Olympic athlete ever, but at no time in the pool did he gain a competitive advantage by swimming into an opponent’s lane and disrupting their progress.
Verdict: No Sport

Defense in tennis looks an awful lot like offense when you’re watching it on TV, but taking a good defensive stance and anticipating where and how to return a ball to your opponent are critical elements that players like Serena Williams and Novak Djokivic have mastered to reach the pinnacle of the sport.

Both hockey and soccer feature an entire position fully dedicated to protecting a goal to prevent the other team from scoring. This one is a no brainer.

Track and field attracts some of the world’s finest athletes who push the human limits when it comes to running, jumping, and throwing. Unfortunately, there’s nothing Yohan Blake could do to stop his fellow countryman Usain Bolt from beating him at the 100 m race in the 2012 Olympic Games. It’s all about personal preparation, perseverance, and raw, God-given talent.

In the 2016 Super Bowl, Peyton Manning threw 141 yards, zero touchdown passes, had an interception and a fumble. What could have been a disastrous last game in a storied career turned into storybook victory thanks to Von Miller leading the charge in one of the most dominant defensive displays in the history of the sport.

It’s in the name, right? It might seem silly to suggest that competitive video gaming is a sport, but games like Call of Duty, Super Smash Bros., and League of Legends all very clearly have defensive tactics. Try winning a competitive Super Smash Bros. tournament without using a shield, roll, or air dodge. Just try it. I dare you.

This was already settled in the preceding paragraphs, but just to make it official: golf is not a sport. Sorry.

There was a time when defense in baseball was all about pitching and controlling the field with strategic spacing and fielding, but then the Astros went ahead and added banging on trash cans and wearing sign-stealing devices under their jerseys. But do they get credit for their innovations? No.

Floyd Mayweather achieved a record of 50-0-0 in his career by being one of the greatest defensive fighters of all time.

Unless a player is willing to sprawl out in the middle of a waxed lane and block their opponent’s ball from hitting the pins with their body, this one is pretty clear.

Can wearing baseball caps and sunglasses indoors be considered playing defense? I say yes. Intimidation, deception, and bluffing can all influence what an opponent does with their hand.

The answer to this one differs depending on what perspective you’re taking. From a human perspective, competing in a fishing tournament doesn’t necessarily allow one fisherman to directly impact another’s ability to snag a fish unless you reason that one person making a catch prevents another person from making that catch, which is faulty logic at best. However, if you look at it from the perspective of a fish, it could very well be a sport. Racing through a veritable sea of bait and hooks to see who can reach safety first, maneuvering, and bumping your gilled opponent to force them into a trap. But, since this is an article written by a human and presumably for an audience of other humans, we’ll stick with the former perspective.