What to Know About Cellphone Radiation 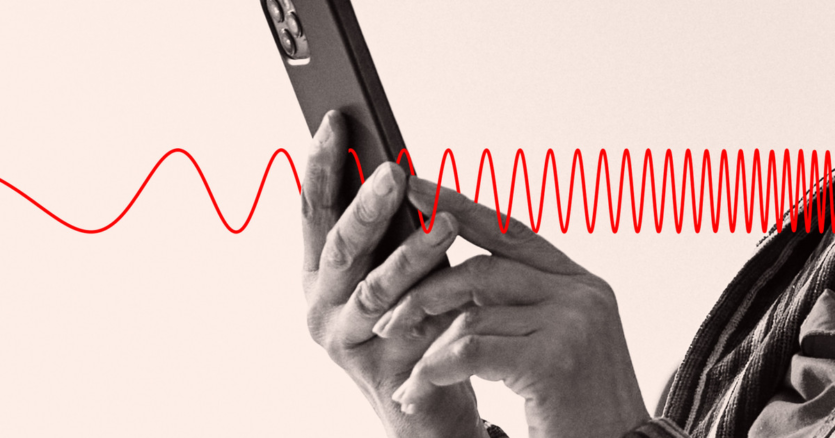 ProPublica recently examined how the federal government, based on quarter-century-old standards, denies that cellphones pose any risks. This guide answers some of the most common questions people ask about cellphone radiation.

This article was written by Peter Elkind and originally published by ProPublica.

To many people, the notion that cellphones or cell towers might present a health risk long ago receded into a realm somewhere between trivial concern and conspiracy theory. For decades, the wireless industry has dismissed such ideas as fearmongering, and federal regulators have maintained that cellphones pose no danger. But a growing body of scientific research is raising questions, with the stakes heightened by the ongoing deployment of hundreds of thousands of new transmitters in neighborhoods across America. ProPublica recently examined the issue in detail, finding that the chief government regulator, the Federal Communications Commission, relies on an exposure standard from 1996, when the Motorola StarTAC flip phone was cutting edge, and that the agency brushed aside a lengthy study by a different arm of the federal government that found that cellphone radiation caused rare cancers and DNA damage in lab animals. The newest generation of cellphone technology, known as 5G, remains largely untested.

Here’s what you need to know:

Do cellphones give off radiation?

Yes. Both cellphones and wireless transmitters (which are mounted on towers, street poles and rooftops) send and receive radio-frequency energy, called “nonionizing radiation.” The amount of this radiation absorbed by the human body depends on how close a person is to a phone and a cell transmitter, as well as the strength of the signal the phone needs to connect with a transmitter. Cellphones displaying fewer bars, which means their connection with a transmitter is weak, require stronger power to communicate and so produce more radiation. Wireless transmitters, for their part, emit radiation continually, but little of that is absorbed unless a person is very close to the transmitter.

What does the science say about this? Is it harmful?

That’s the multibillion-dollar question. Government-approved cellphones are required to keep radiation exposure well below levels that the FCC considers dangerous. Those safeguards, however, have not changed since 1996, and they focus exclusively on the unlikely prospect of “thermal” harm: the potential for overheating body tissue, as a microwave oven would. The government guidelines do not address other potential forms of harm.

But a growing body of research has found evidence of health risks even when people are exposed to radiation below the FCC limits. The array of possible harms ranges from effects on fertility and fetal development to associations with cancer. Some studies of people living near cell towers have also confirmed an array of health complaints, including dizziness, nausea, headaches, tinnitus and insomnia, from people identified as having “electromagnetic hypersensitivity.”

The most sensational — and hotly debated — health fear about wireless radiation is cancer. In 2011, the International Agency for Research on Cancer, an arm of the World Health Organization, cited troubling but uncertain evidence in classifying wireless radiation as “possibly carcinogenic to humans.” In 2018, a study by the federal government that was nearly two decades in the making found “clear evidence” that cellphone radiation caused cancer in lab animals. A major study in Italy produced similar results.

Do cellphones pose any special health risks for kids?

Some experts say they do, citing studies suggesting children’s thinner, smaller skulls and developing brains leave them more vulnerable to the effects of cellphone radiation. The American Academy of Pediatrics embraces this concern and has for years urged the FCC to revisit its radiation standards, saying they don’t adequately protect kids. More than 20 foreign governments, as well as the European Environment Agency, urge precautionary steps to limit wireless exposure, especially for children.

What about risks in pregnancy?

A Yale study found hyperactivity and reduced memory in mice exposed to cellphone radiation in the womb, consistent with human epidemiological research showing a rise in behavioral disorders among children who were exposed to cellphones in the womb. Dr. Hugh Taylor, the author of the mouse study and chair of the obstetrics, gynecology and reproductive sciences department at the Yale School of Medicine, told ProPublica: “The evidence is really, really strong now that there is a causal relationship between cellphone radiation exposure and behavior issues in children.”

What does the U.S. government say about cellphone radiation?

The key federal agencies — the FCC and the Food and Drug Administration — have echoed the wireless industry and a number of other groups in rejecting evidence of any “nonthermal” human health risk, saying it remains unproven. The government websites also reject the claim that children face any special risk.

In 2019, during the administration of President Donald Trump, the FCC shut down a six-year review of its 1996 wireless-radiation safety standards. The agency rejected pleas to make the standards more stringent, saying it had seen no evidence its safeguards were “outdated or insufficient to protect human safety.” In 2021, however, a federal appeals court ordered the FCC to revisit the issue, saying the agency had ignored evidence of an array of noncancer harms to humans, animals and the environment, and that its decision to uphold its exposure standard failed to meet “even the low threshold of reasoned analysis.” The FCC has taken no formal action since then.

Why is the issue not resolved?

Determining wireless radiation’s health effects with certainty is difficult. Researchers cannot ethically subject people to endless hours of cellphone radiation to gauge the results. Scientists have to rely on alternatives such as animal studies or epidemiological research, where challenges include getting subjects to accurately recount their wireless use and pinpointing the specific causes of disease or harm. Many health effects of toxic exposure, especially cancer, take years or decades to appear. And the mechanisms of how wireless radiation could affect the body at the cellular level are poorly understood.

How the FCC Shields Cellphone Companies From Safety Concerns

Research funding on the issue has also been scarce in the U.S., despite frequent calls for more study. Research (and researchers) raising health concerns have come under sharp attack from industry, and government regulators have remained skeptical. A key FDA official, for example, dismissed the relevance of the federal study that found “clear evidence” of cancer in lab animals, saying it wasn’t designed to test the safety of cellphone use in humans, even though his agency had commissioned the research for that reason.

Linda Birnbaum, who led the federal agency that conducted the cellphone study, said that while proof of harm remains elusive, what is known means that precautions are merited. “Do I see a smoking gun? Not per se,” she told ProPublica. “But do I see smoke? Absolutely. There’s enough data now to say that things can happen. … Protective policy is needed today. We really don’t need more science to know that we should be reducing exposures.”

If I’m concerned about the risk, are there precautions I can take to protect myself and my family?

Because exposure varies dramatically with your proximity to the source of the radiation, experts say a key to minimizing risk is increasing your distance from the phone. This means keeping any cellphone that’s turned on away from direct contact with your body. Don’t keep it in your bra, in your pocket or (especially if you’re pregnant) against your abdomen, they say. And instead of holding the phone against your head when you talk, use a speaker or wired earphones. (Wireless headsets, such as AirPods, also emit some radiation.) Try to avoid making calls when the phone is telling you the signal is weak because that boosts the radiation level. You can also limit exposure by simply reducing how much time you spend talking on your cellphone and texting instead, they say. Using an old-fashioned landline avoids the problem altogether.