Who Was Horace Mann, And Why Does He Matter? 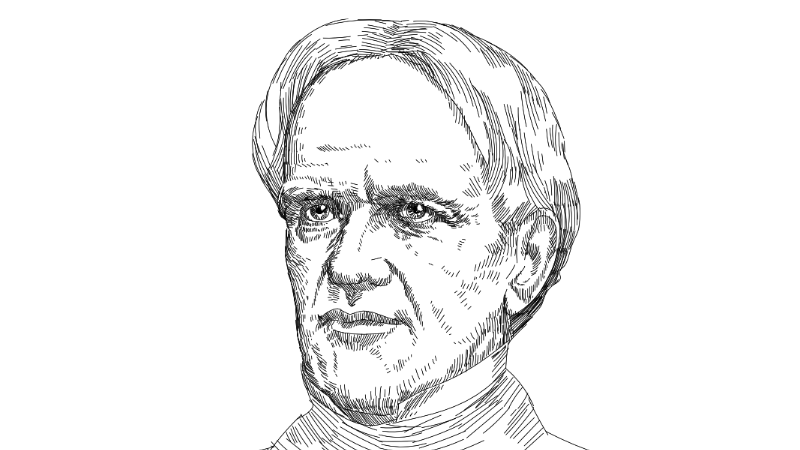 Horace Mann was an American politician and education reformer. He was best known for promoting universal public education and teacher-training in “normal schools” which was heavily influenced by the educational system of Prussia.

In the history of America, there are few people who have profoundly changed the country for the better or for the worse. One individual who radically transformed the country was a politician from Massachusetts by the name of Horace Mann.

Over 150 years ago, Massachusetts became the first state to provide all of its children with access to a free, public education. Over the next 65 years, every state in the Union would follow suit. The result was a publicly-funded educational system where every American classroom would be made up of about 28 students who were roughly the same age, and who would be taught by one teacher at a time. This model has dominated the American educational system ever since.

Born in 1796 in Massachusetts, Horace Mann practiced law before becoming a politician. He would eventually be named as secretary of the newly established Massachusetts Board of Education in 1837. It was in this role that he would overhaul the state’s public educational system, and establish a series of schools to train teachers. He would later go on to become a Congressman. As a representative in Congress, he would enact education reform for the entire country.

Prior to the formation of the Massachusetts State Board of Education, the educational system in Massachusetts had become stagnant, and there was a sense that it was underperforming. The state’s educational system had a rich history dating back to 1647, but by the time that Mann was elected to office, its elite status had fallen off. At the same time, there were a number of reform movements that began to spring up across the U.S., one of which was called the Common School Movement (of which Mann was a member). These two factors would have an impact on Mann’s way of thinking, and the belief that education was failing in his home state, combined with the educational reform movement, drove him to implement his idea for education reform.

The Common School Movement essentially advocated for the government takeover of education. Prior to 1837, education in America was largely executed by private institutions, churches, and the family unit (homeschooling). The battle over education boiled down to the role that schools were going to play in the shaping of the minds of the American people. One of the primary goals the Common School Movement had was to educate teachers on how to follow Mann’s guidelines in the classroom.

So, why does this matter? And what did Horace Mann really want to accomplish?

What Mann advocated for was a factory-model classroom which would act as a form of controlling the minds of the masses, and could churn out the type of workers that the future Industrial Age would need. Mann got his ideas from what he saw in Prussia in 1843.

Mann’s methods and his goals angered a number of groups throughout the United States. Clergymen objected to the diminished role that Christianity would play in the classroom, politicians balked at the blatant governmental overreach by local school systems, and a number of Americans objected because they didn’t want their children to be taught by the government instead of themselves or the church. Ultimately, Mann prevailed, and he is generally looked at favorably.

The Common School Movement shares a great deal with the Prussian Model, which would become the Factory Model of Education towards the end of the 19th century. Educator John Taylor Gatto in The Underground History of American Education describes Prussian thinking as this: “The Prussian mind, which carried the day, held a clear idea of what centralized schooling should deliver: 1) Obedient soldiers to the army; 2) Obedient workers for mines, factories, and farms; 3) Well-subordinated civil servants, trained in their function; 4) Well-subordinated clerks for industry; 5) Citizens who thought alike on most issues; 6) National uniformity in thought, word, and deed.”

According to Mann himself, “The state is the father of children.” It was from this worldview that he went about making the goal of primary education be in the state’s best interest, rather than focussing on the well-being of students.

The Prussian system of state-controlled education would eventually take over from the lower grade school system to the university level. Schools were established, supported, and administered by a central governmental authority that would supervise the training of teachers, attendance would be compulsory, parents would be punished for withholding their children from school (today children can be taken away by social services), and all curriculums and instructions would become uniform.

Horace Mann wanted a system where the government would shape the minds of the American people and somewhat control them. Horace Mann succeeded!

Since leaving his job working for an advertising agency, John Crestani has gone on to create WeLearn, an education company that is changing the way the world learns. He lives in Venice Beach, with his wife and newborn daughter, Lily.