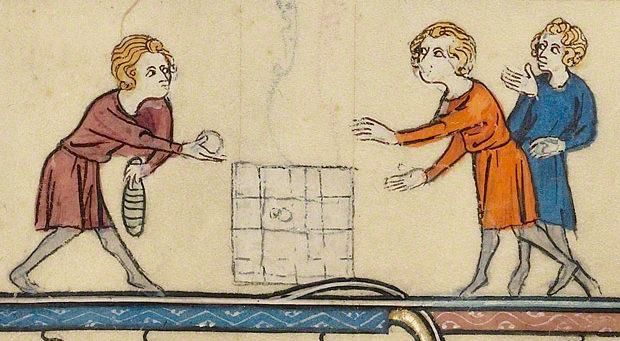 “When something is important enough, you do it even if the odds are not in your favor.” — Elon Musk.

This article was written by John Crestani.

In 1330 only 5% of the population of Europe could read or write. It was extremely rare for most people who were not members of the aristocracy to be literate, with the exception of members of the clergy.

As Medieval England developed, so did the need for a more educated populace, especially in the developing world of merchant trade. As a result, important trade cities set up grammar schools. Very few English merchants spoke Dutch or Spanish, but they could speak Latin, and Latin acted as something of a common language for Europeans. This would change over time, but the birth of education for the masses had already taken place.

By 1500, many large cities had grammar schools, and one of the oldest institutions was in the town of Maidstone in Kent. The schools were small but effective. It was during this time that the middle-class of the Western world began to grow, and with its growth came apprenticeships and high-skilled professions. Men who ran small businesses would take on young apprentices whom they would teach how to do a certain job or task, and once that apprentice got old enough, he would start up his own business/practice, and the cycle would continue. All young men would attend grammar school, and then become apprentices.

The medieval system of education would change with the advent of the Prussian (Modern) model, which is still in practice to this day.

By the 19th century, churches had lost most or all of their political power, and the state took on the task of educating the young. The primary purpose of the new state-run schools was not to teach children how to read (because at this time in history the written word was practically everywhere, and literacy was high throughout Europe and North America). Their purpose was to control the population.

American education from 1776 through the early decades of the 19th century was characterized as being “decentralized, entrepreneurial, and driven by the demands of individual parents and local communities, not school districts or states.” Some form of education was “a universal aspect in the lives of the majority of children by the early part of the 19th century.”

Most people have no idea how the modern school system evolved. Some think that compulsory public schools grew “organically” from the bottom up, with parents demanding it. However, this is not the case.

The Prussian education system originated in the early 19th century as a way to instill absolute obedience and uniformity in the minds of students, and it did this under the guise of education. It was thrust upon the Prussian people (Germans) after their loss to Napoleon’s forces.

Practically, this meant that students were no longer getting hands-on experience, but rather, they would be sent to school for most of the day to be taught a standard level of education.

The Prussian model was eventually implemented in the United States in 1843.

Educator John Taylor Gatto in The Underground History of American Education describes Prussian thinking as this:

“The Prussian mind, which carried the day, held a clear idea of what centralized schooling should deliver: 1) Obedient soldiers to the army; 2) Obedient workers for mines, factories, and farms; 3) Well-subordinated civil servants, trained in their function; 4) Well-subordinated clerks for industry; 5) Citizens who thought alike on most issues; 6) National uniformity in thought, word, and deed.”

This changing of the American educational system was brought about in part by Horace Mann. According to Mann himself, “The state is the father of children.” It was from this worldview that he went about making the state’s best interest the goal of primary education, not the well-being of students.

The selling points that the Committee of 10 made were that it’s free, it’s efficient, and it maintains a minimum level of quality. Additionally, the primary courses they wanted schools to offer were:

The modern school system would be funded by tax-payers, attendance was mandatory, and the teachers would be professionals. The end-result of all this would be useful, generic workers, readily replaceable and dispensable. All semblance of individuality was erased from the classroom. So, what is the solution?

Through the power and access of the Internet, resources like WeLearn, the Khan Academy, and YouTube can, and should act as valuable tools in the pursuit of better educating the minds of tomorrow. The Medieval education model focused on teaching students practical skills they can use to grow their careers and prepare for the future. The new educational model needs to do the same thing.

According to US Secretary of Education Arne Duncan (2010): “What do I mean when I talk about transformational productivity reforms that can also boost student outcomes? Our K–12 system largely still adheres to the century-old, industrial-age factory model of education. […] But the factory model of education is the wrong model for the 21st century.”

Since leaving his job working for an advertising agency, John Crestani has gone on to create WeLearn, an education company that is changing the way the world learns. He lives in Venice Beach, with his wife, and newborn daughter, Lily.