Why Do Universities Charge So Much More For Out Of State Tuition? 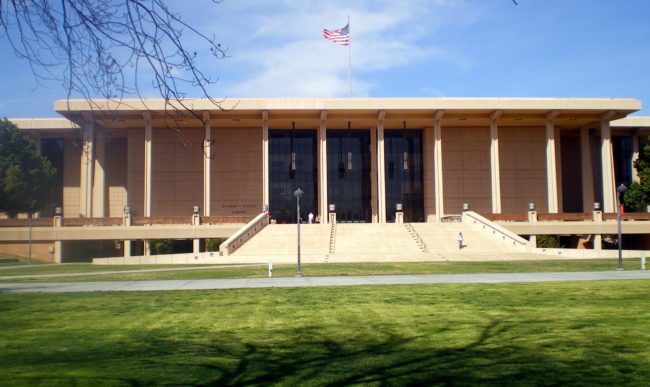 Once upon a time, American college students were able to pay for their educations with the money they made at their summer jobs. We know this isn’t the case anymore…

This article was originally written by John Crestani.

Attending public university as an out-of-state student can cost up to three times more than in-state tuition!

Public universities recruit students who live outside of their state with higher test scores to increase their competitive edge. According to a report from the New America Foundation, public colleges frequently offer high-achieving out-of-state students merit-aid as a means of incentivizing them to attend their schools.

Steven Burd, a senior policy analyst at the New America Foundation, said flagship public colleges are becoming “bastions of privilege” and that they’re evading their responsibilities to educate kids in their states. In a New York Times’ interview, Kevin Carey, education-policy program executive at the New America Foundation, described it as “the creeping privatization of elite public universities.”

The National Center for Education Statistics (NCES) offers a comparative analysis of in-state and out of state tuition costs. For the 2010–2011 academic year — the average tuition for an in-state student at a four-year university for an undergraduate program was $6,752. For out-of-state students, the cost was $15,742. On average, it costs $8,990 more for students to attend a college or university in a state where they are not a resident (that number has since climbed).

The following tables show the cost differences for in-state and out-of-state students at the public colleges and universities in Maryland, Virginia, and District of Columbia for the 2012-2013 academic year.

Some might claim that the reason why tuition costs have gone up so dramatically for out-of-state-students is that public universities have had their funding cut. But that isn’t correct.

Public investment in higher education in America is vastly larger today (adjusted for inflation) than it was in the 1960s.

School funding has increased at a much faster rate than government spending has overall. For example, the military’s budget is about 1.8 times higher today than it was in 1960, while appropriations given out towards American universities are more than 10 times higher! Over the past 35 years, college tuition fees at public universities have nearly quadrupled.

So, what’s the solution?

Vinay Bhaskara, co-founder of CollegeVine, suggests that most schools use the higher out-of-state tuition fees they charge to make their budgets work — which results in less aid being given to out-of-state students.

Since leaving his job working for an advertising agency, John Crestani has gone on to create WeLearn, an education company that is changing the way the world learns. He lives in Venice Beach, with his wife, and newborn daughter, Lily.