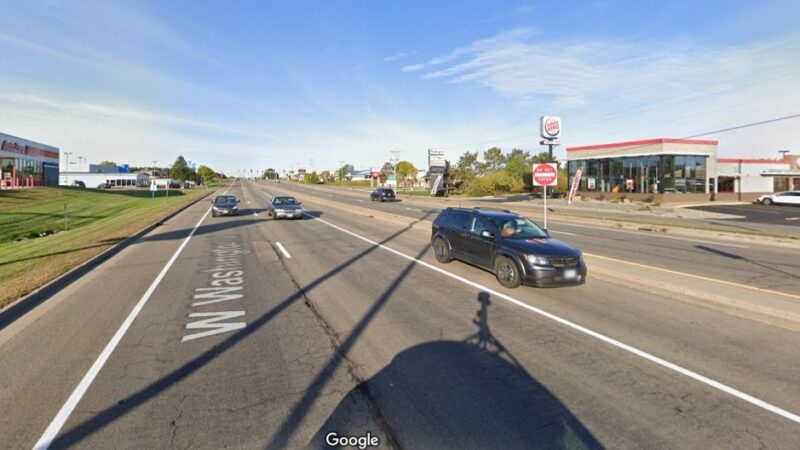 The state highway that runs through the middle of my hometown is scheduled to be refurbished in the coming years. The Minnesota Department of Transportation has started the public engagement process, conducting earnest dialogue with all the potentially concerned parties. I’ve been able to be part of some of those discussions.

Highway 210—or, as we call it, Washington Street—is a chasm that divides the community. It physically separates the residential neighborhoods to the north from the core downtown to the south, inflicting massive damage to both in the process. The fast traffic and ridiculously narrow sidewalks combine to stagnate businesses along Washington Street itself, forcing the original buildings that lined the street into decline. Second- and third-tier chain stores join slumlords as apex predators in this malnourished economic ecosystem.

Washington Street is Exhibit A in how a state transportation department inflicts deep, structural damage on a community. It has hurt the finances of the local government, wrecked the opportunities of many small business owners, and depressed property values throughout the city. Most every American city has a similar exhibit, a testament to the staggering degree of self-harm our society inflicted upon itself, starting in the decades after World War II.

The discussions about Washington Street today are mostly about mitigating this damage. How do we narrow lanes to make the traffic a little less threatening? How do we have sidewalks where two people don’t need to walk single-file mere feet from automobiles traveling at lethal speeds? How do we help the local businesses justify investments in their own future? How do we make it easier to cross this chasm so that the rejuvenating downtown has a chance to be more than just a lifestyle amenity?

I can feel the momentum for change in the conversations. My neighbors are offended by the way this highway disrespects the community and they want to be heard. The mayor and city council seem to support significant changes. The city staff is talking about calming traffic and making things more “pedestrian-friendly.” Even the officials at the DOT seem interested in a new set of priorities.

Interested, that is, until the wish list of modifications and improvements threaten the core priorities they feel compelled to adhere to. After patiently listening to the many concerns, one DOT official brought things back to reality by making their institutional values clear.

“This is all great, but let’s not forget that we need to accommodate 30,000 trips per day.”

Ouch. You can hear the needle being scraped over the record that was just starting to play a song of redemption. We need to accommodate 30,000 trips per day, at speed, and this is non-negotiable, with every other priority being submissive to that dominant requirement.

I wrote about this in Confessions of a Recovering Engineer, though it is surreal to watch it play out so vividly in my own community. Engineers begin the design process with: (1) design speed and (2) traffic volume. Given those two parameters, they then consult the design manual to get the specifications for a (3) safe street. They then calculate the (4) cost for that design.

It is that design process that creates the hierarchy of priorities that reflects the values of the traffic engineer:

These are not the values of my neighbors. I doubt they are the values of the city council or the city staff. They don’t reflect a set of priorities designed to make my hometown successful. Why is this a top priority of anyone?

It’s important to understand what a traffic engineer means with this requirement. They don’t mean that they literally must accommodate 30,000 trips per day. That would be easy. There are 86,400 seconds in a day. With two-way traffic, 30,000 trips is one car every six seconds. No problem.

What they actually mean is that they need to accommodate the bulk of that traffic during the peak hour. Commuters come into the city in the morning and out of the city at the end of the day. Businesses, schools, and governments schedule their hours based on this daily routine. So, let me restate what the traffic engineer actually means when they say that they have to handle 30,000 trips per day:

The city must be degraded, the quality of life of its residents diminished, and local business opportunities stifled, in order to improve the convenience of commuters who have chosen to live outside of the city. The design of this street must prioritize their convenience over all else.

That’s offensive, but like prisoners suffering from Stockholm Syndrome, those of us who live in the city—and the people we elect and employ to work on our behalf—start to identify with this mandate. After all, don’t we want all those commuters to come to our city? Don’t we need them? And don’t we also use this same street to drive out to the edge of town to get to the big box stores, schools, and other things that have been built there over the last few decades?

We must have a highway through the middle of the city because we need all of those people living outside of the city to come into town to work, shop, and office. And, by having the highway divide the community, we force nearly every city resident who wants to work, shop, or office to get into their car, at which point the big boxes and drive-thrus in the neighboring city gain a significant advantage over local businesses.

I could go on, but the point is rather self-evident. The priority that we must value speed and volume of traffic when designing Washington Street is imposed on the city as a preference of one set outcomes (commuting lifestyle) over another set of outcomes (neighborhood living). I reject that priority.

What is the implication of rejecting that priority? What would happen if the DOT joined with the city in saying that priorities other than speed and volume were more dominant? What if we all agreed that the quality of the city’s neighborhoods, the success of its local businesses, and the safety of its residents, were the paramount concern?

In such a circumstance, the new design of Washington Street would narrow lanes, widen sidewalks, bring in vegetation and human-scaled lighting, prioritize people walking, give deference to cross-traffic instead of throughput, and do the many quality-of-life things that city officials and residents are asking for.

And, while it might make commutes a little longer for those who have chosen to live outside the city, that delay would be offset in time by an increasing number of people who choose to live in the city’s neighborhoods, the improved business community that could expand offerings in response to a responsive local market, a shift in the number of trips that could now be made by biking and walking, and the local wealth saved from an overall reduction in vehicle miles traveled.

The pandemic has demonstrated to us all that hours of operation can be flexible, that remote work is here to stay, and that commute patterns are not stuck at what the historic traffic flow charts suggest they must be. The system is dynamic. If we’re doing a once-in-a-generation renovation of Washington Street, let’s not be rigid in our thinking of what is possible. Let’s build a great city and then see what traffic volumes we can accommodate at peak hour.