Winners And Losers From Round One Of The 2021 NFL Draft 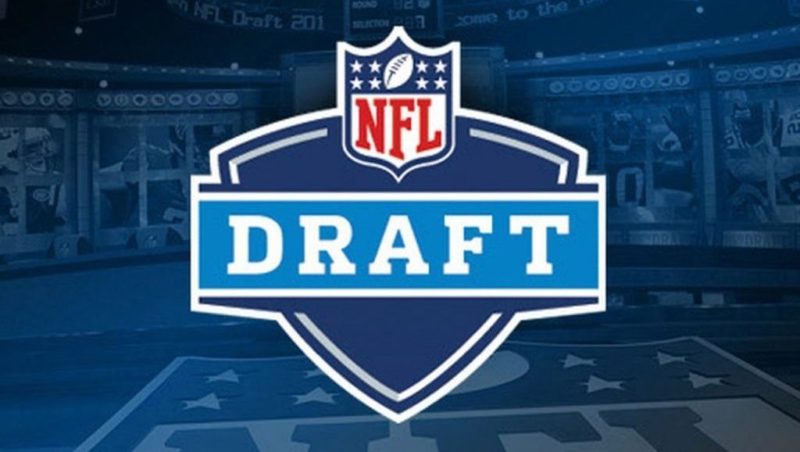 The NFL Draft is a time of boundless optimism for fans of all 32 teams. Last year’s draft came as the Covid-19 pandemic was starting to reach its’ first peak. Moving to an all-digital event not only exceeded expectations but provided an emotional depth that the draft had lost years ago as the world watched young NFL players realize their dreams from their homes, surrounded by close family and friends. 2021’s draft brought a little more normalcy in the form of a hybrid event — many top picks opted to stay home while 12 top prospects made the trip to Cleveland for a more traditional experience. While the event may not have had the same emotional depth as last year’s, there are still plenty of winners and losers to sift through.

Winner: Trevor Lawrence – Lawrence has been projected as the number one overall pick for basically at least three seasons, newly married, and now heralded as a franchise-changing QB for the Jaguars, Lawrence will have high expectations from day one. Hopefully, before he’s whisked away to Duval, he can buy a larger, more comfortable couch for his family.

Winner: Joe Burrow’s Stats – The Bengals opting to draft Joe Burrow’s LSU teammate, WR Ja’Marr Chase, gives Burrow another weapon in an offense that showed flashes before a torn ACL ended Burrow’s rookie season prematurely. The two will likely be able to pick up right where they left off and assuming everyone stays healthy, the Bengals may continue to turn their franchise around.

Loser: Joe Burrow’s Health – Taking Chase over standout offensive lineman Penei Sewell means Burrow will have to continue running for his life behind a line that got him hit & pressured over 10 times a game up until his season-ending ACL tear. This is a tackle-rich draft so there’s still time for the Bengals to beef up their line before the season, but Burrow’s health will continue to be a focal point for fans and critics to turn to if the team can’t get their offense clicking.

Winner: Incredible Draft Day Fits – The 2020 draft being remote put a rather large damper on incredible draft day outfits and style. Fortunately, this year there were a few wide receivers who picked up the slack.

Ja’Marr Chase went all white with some incredible sunglasses to top it all off while Jaylen Waddle’s plaid worked well with his patterned shirt and jewelry.

Leave it to the WR’s to bring a little flash to the event.

Winners: Patriots Fans – The Patriots and their draft strategy were highly talked about with many expecting the Pats to move up to try & snag a top QB prospect. Unfortunately for the rest of the league, in typical evil empire fashion, Mac Jones, previously touted as the 3rd overall pick, found himself sliding all the way down to New England at 15. Jones was often compared to Tom Brady, a QB that you may have heard, during the draft process. The Patriots found themselves out of the playoffs and in unfamiliar territory last year and will now hope that Jones can flourish in their system. The battle between Jones & Cam Newton will be fascinating to watch but chances are somehow it all works out for New England again. As usual. Football stinks.

Loser: Las Vegas Raiders – The Raiders pick an offensive lineman in a draft being touted as filled with high potential linemen and the internet roasts them immediately for picking the wrong one. Nature is healing.

Winner: The Browns’ Pumpkinhead Fan – The idea of having one fan sitting on the stage in Roger Goodell’s old recliner from his basement is a weird one and most of the night it made for awkward staging until the Cleveland Browns got their turn. Leave it to the Dawg Pound with the draft’s triumphant return occurring right outside their stadium to come through for entertainment value.

Losers: Green Bay Packers – Hours before the draft started, word got out that Aaron Rodgers, the reigning NFL MVP, had told the Packers he wanted out & wasn’t coming back. The team made tons of negative headlines last year drafting QB Jordan Love in the first round and it seemed like their bill came due as Rodgers began to force their hand and his way out. Then, after an afternoon of putting out PR fires, the Packers draft CB Eric Stokes while a handful of potential WRs remained on the board. The Packers and Aaron Rodgers are careening towards an unbelievably ugly public divorce and it’s going to be must-see TV.

Winner: ESPN Ratings, Losers: The Viewers – Coverage for the NFL Draft began at about 10am PT and ran through the end of the first round just after 9pm. The marathon broadcasting was repetitive, and segments were repeated multiple times throughout the day and the actual draft itself took 4 hours to get through the first 32 picks. NFL Draft nerds were probably ecstatic but extended time between picks, fewer interviews, and less premade video segments blended the back half of the first round more of an endurance test than a sporting event.

Rounds 2-7 of the 2021 NFL Draft will continue through Saturday on ESPN & the NFL Network.