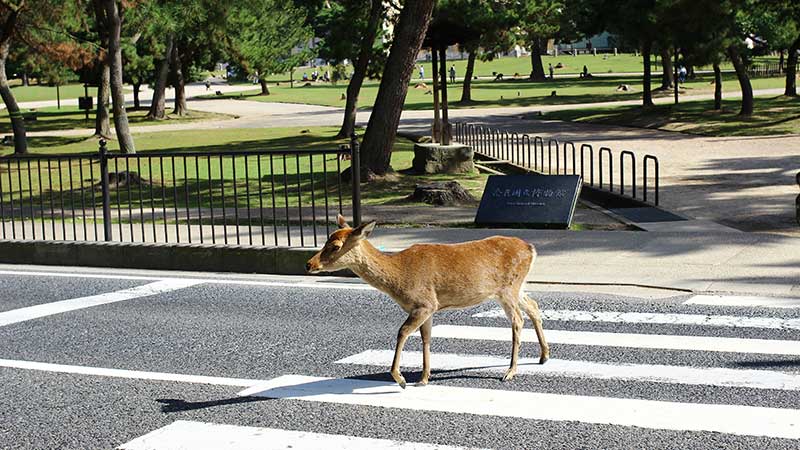 While most of the world has been under lockdown, the advent of Covid-19 has given animals all over the world the freedom to roam and explore. Cities across the globe that would otherwise be robust with human activity are now barren and empty. The noise from cars, trucks, trains, plains, and streetcars that have become commonplace in many corners of the world has now faded under an unprecedented global quietude. The social distancing orders this pandemic has necessitated, have curtailed human infringement on nature, and wildlife is reaping the benefits and reclaiming its habitat.

In Italy, one of the first countries to impose a nationwide lockdown, jellyfish were observed wading the turquoise waters of the Venice canals. Although images of dolphins swimming in Venice have also circulated on social media, they have since been debunked. Nonetheless, satellite images show a distinct difference in water clarity before and after the lockdown.

In India, one of the most densely populated countries on the planet, videos of a critically endangered civet crossing a barren street surfaced and went viral. The nocturnal cat-like mammal was seen ambling on a crosswalk in broad daylight. Authorities believe the animal must have wandered from far distances into town, as such sightings are extremely rare.

Thailand’s tourism industry, which accounts for a large portion of the nation’s economy, has been one of the hardest hit due to coronavirus-related travel restrictions. With far less human activity on the streets, native macaque monkeys, which are notoriously territorial, have taken over. A recently surfaced video on social media shows over one hundred of them brawling in the street over food. Interestingly enough, some locals believe the monkeys have actually formed rival gangs between those that live in the city, and those that have wandered into town from nearby temples.

Here at home in America, we have also encountered our fair share of rare wildlife sightings. Wild turkeys have been spotted roaming desolate streets coast to coast, from Boston to Oakland. Emboldened by the dearth of human activity, a pride of mountain lions was photographed, casually strolling through a neighborhood in Boulder, Colorado. Mountain lion sighting is extremely rare, as the large predatory cats are generally timid and avoid human contact. Here in California, bears, coyotes, and deer have parlayed human social distancing and quarantining into exploring and reclaiming some of their lost habitats.

While human and animal interaction is not uncommon, the fact that animals have wandered deeper into human territory and stayed longer during the global lockdowns is indicative of how impactful our encroachment on their habitat can be. It is also worth noting how in such a relatively short time, the negative impacts of our routine behaviors can be reversed. As we prepare to open up across the globe and return to normalcy, we can appreciate how quarantining ourselves from nature has meant cleaner air, clearer waters, brighter stars in the night sky, and roaming wildlife where they otherwise would dare not roam. Even if only for a brief moment.