Many iOS users have recently reported that they are getting the ‘Something went wrong’ error on YouTube. The issue is preventing them from watching any YouTube videos.

Due to its reliability, a great number of people continue to use YouTube to view everything that becomes viral. The app is also regularly updated with new features and experiences. However, some of the upgrades cause a variety of faults and issues.

As per reports, the current iOS app version appears to be malfunctioning, as it displays a ‘Something went wrong’ error every time a video is played.

While some claim that the most recent version (v17.44.4) resolved the problem, others are still experiencing difficulties. 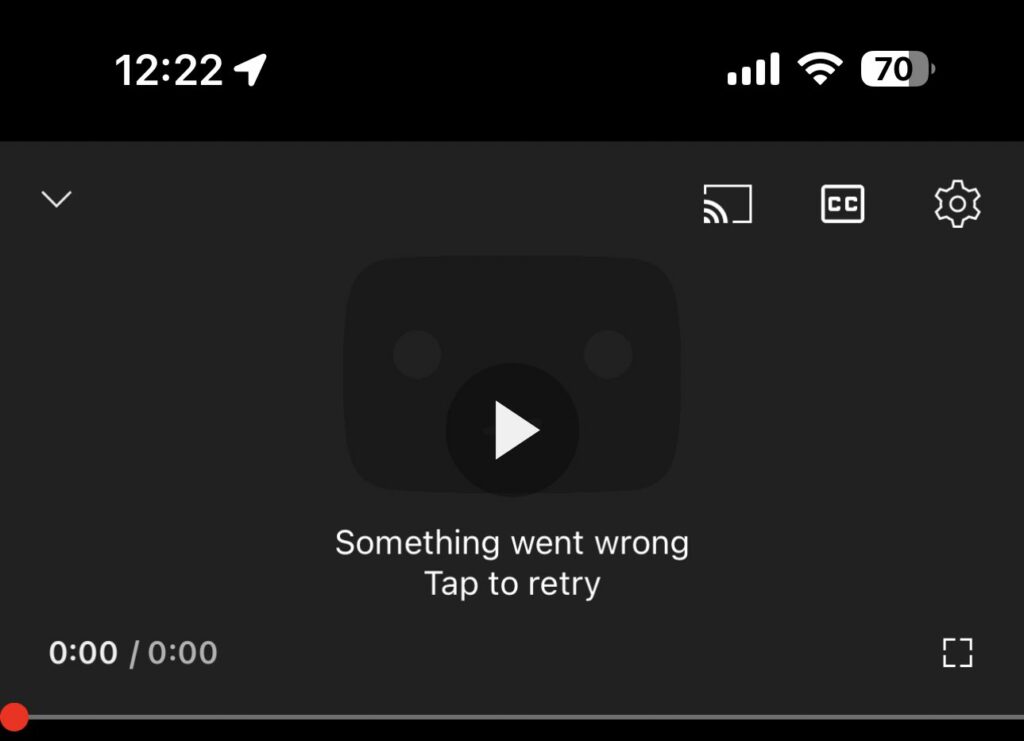 A user posted: “@TeamYouTube im getting “something went wrong” messages when trying to play videos on a mobile app. I’m on iPhone and everything is up to date.”

“@TeamYouTube Can you just tell me how to fix the “Something went wrong. Tap to try again” error on my iPad? This is the only thing I watch YouTube on and I need it back!” another user posted.

It appears that reinstalling the app does not solve the problem permanently and only works for a limited period.

A troubled user reported that this problem was resolved after installing iOS 16.2. Even after updating to the most recent iOS version, it still exists for certain people.

Fortunately, YouTube is aware of the problem and has stated that the team is looking into it. Meanwhile, they suggest deleting and reinstalling the software as a possible workaround.

Some iOS YouTube app users are still experiencing the error message, which can only be fixed temporarily by restarting the device.

YouTube for iOS has recently received an upgrade (v17.48.2). Install it and check to see if it solves the problem.

However, YouTube support has advised those impacted to erase the app’s cache/data, which appears to have helped one user.

Users have been advised by YouTube support that updating the app to the newest version may resolve the problem. However, one of those who were afflicted confirmed that it did not work.

YouTube support reached out to affected users on December 15 and asked them to maintain a steady internet connection, upgrade the app to the most recent version, or try deleting the cache.

Some users were able to resolve the issue temporarily by restarting their devices. “Thx I just restarted it and it worked finally,” a user gave an update on Twitter.

You can watch videos using a web browser like Safari as a temporary workaround while YouTube updates its iOS app.

The problem on iOS devices can now be fixed thanks to a step-by-step troubleshooting guide provided by YouTube support.

An impacted customer discovered that when their phone is connected to WiFi rather than cellular, the problem appears to occur more frequently. Unsurprisingly, a hard reset assisted in resolving the issue.

YouTube support continues to claim that they are looking into the problem despite the fact that new reports of it keep coming in. Additionally, there is currently no ETA for the fix.