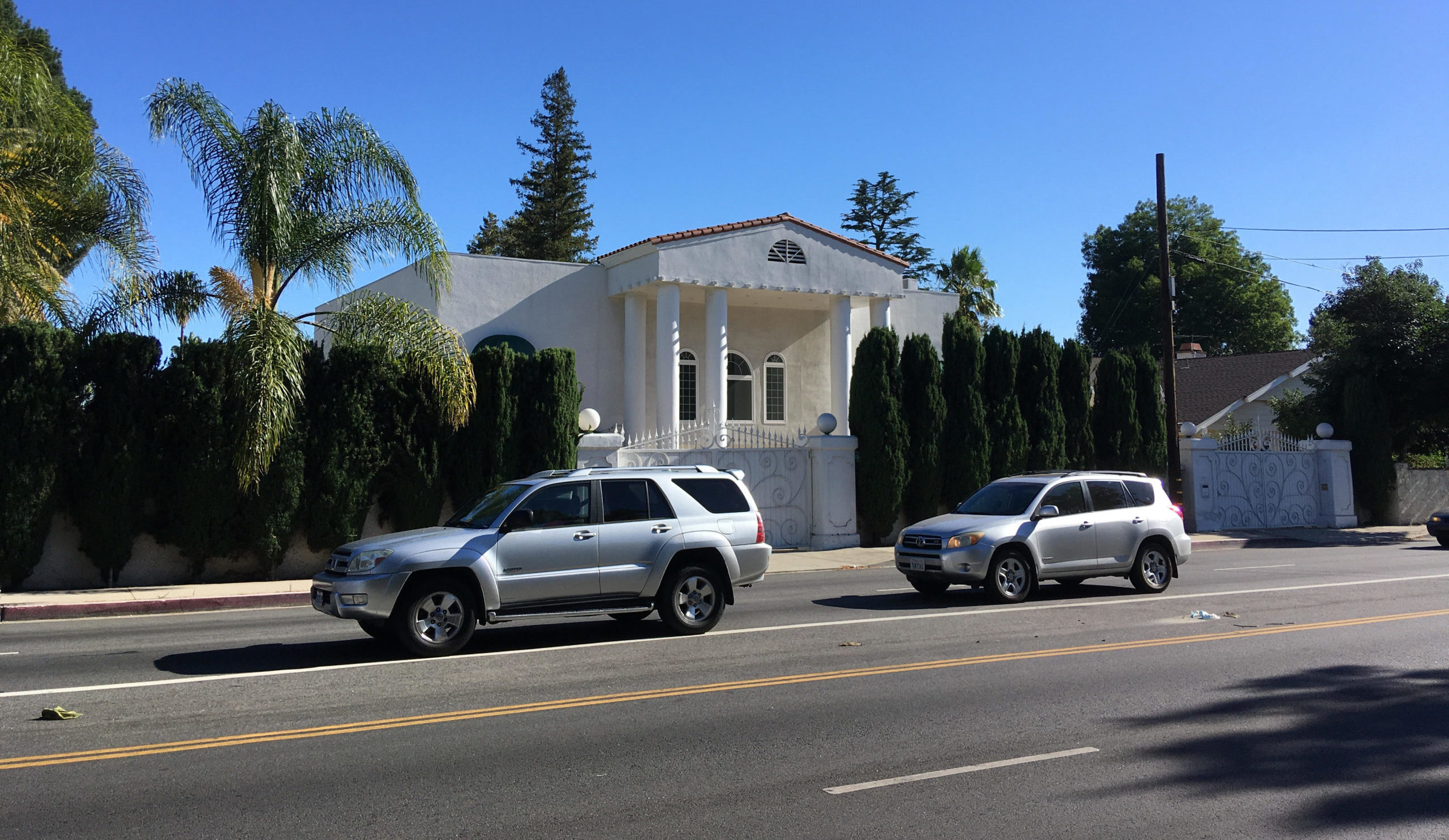 Elvis impersonators are a tradition almost as old as Rock and Roll itself. For decades, diehard Elvis fans have donned white rhinestone-studded jumpsuits, combed their hair into slick black pompadours, and learned to imitate The King’s exact mannerisms and singing style all in an attempt to bring back to life their favorite performer. However, it takes an unusually dedicated and determined spirit to want to impersonate not only the man himself but also the home in which he lived.

In the late 1980s, professional Elvis impersonator Danny Uwnawich (known professionally by the catchy stage name Danny U) began work on Melody Land, a scaled-down but still ambitiously over the top tribute to Elvis Presley’s famous Graceland estate in Memphis, Tennessee. Despite its much smaller size (Melody Land sat on less than one acre compared to the original’s thirteen), Uwnawich was determined to make his masterpiece as authentic as possible. Superfluous classical columns and statuary were added to the home’s grand entrance. The front gates, adorned with guitarists and musical notes like the Tennessee originals, were repurposed from the ones used in the TV movie “Elvis and Me,” in which Uwnawich had a small part. He even sent his contractor to check out the real thing in Memphis so he would not omit any key details.

The extravagance continued to the interior of the three-bedroom home, which was adorned with crystal chandeliers, gilded toilets, and Uwnawich’s take on Elvis’ famous Jungle Room. The property also included various assortments of Elvis memorabilia as well as a collection of cars similar to ones Presley was known to have favored. Twice a year on the anniversaries of Presley’s birth and death, the home would be opened to the public so that fellow fans could share in their love for The King.

Unfortunately, Melody Land had to contend with a reality the original Graceland did not- earthquakes. Within a few years of being completed, the mini-estate was severely damaged by the 1994 Northridge Earthquake. Extensive renovations were done, and the home reopened in 1996. Around this time, Danny U got out of the impersonation business, stating that he did not want to impersonate his idol past the age of 42, Presley’s final year. Uwnawich sold the home in 2002, and since then, the property has changed hands a few times.

Interestingly, Melody Land is not the world’s only Graceland impersonator. At least two other unaffiliated replicas exist in Orlando, Florida, and The Netherlands. Though none are as grand as the original, each replica embodies the tacky elegance Elvis Presley has come to symbolize.

Today, Melody Land still stands at 17912 Parthenia Street. Sadly, the new owners have removed all the original flourishes, except the front columns, and the heart-shaped swimming pool. Still, with a little imagination, when you drive by, you can almost picture Elvis walking through the gates, or at least Danny U.

Adam Papagan is a historian, tour guide, and occasional consultant to The Valley Relics Museum. He is also host of the YouTube series “Rock and Roll Party.”