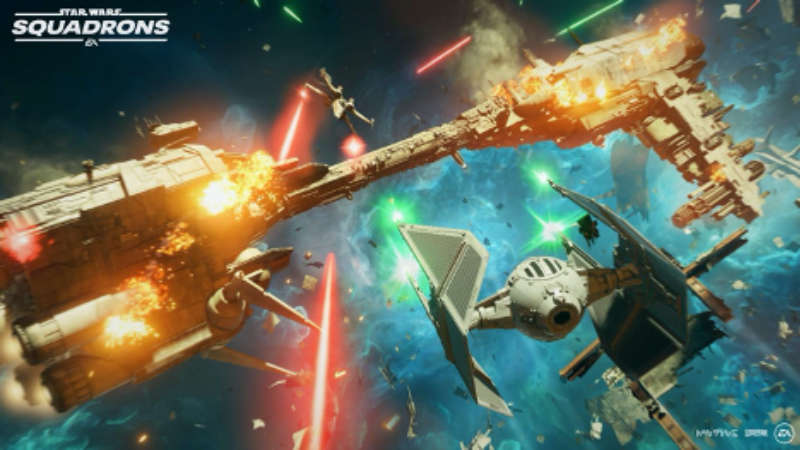 It is the type of game that many “Star Wars” fans have been waiting for. “Star Wars” is one of the most beloved and successful movie franchises of all time and has led to the creation of some two dozen video games. Now, Electronic Arts has released what some gamers are calling the most sophisticated game in the “Star Wars” universe.

EA’s “Star Wars: Squadrons” is an aerial space-battle game in line with the classic X-Wing vs TIE Fighter games. It puts gamers in cockpits of a variety of fighters on both sides of the epic conflict. In the single-player story-based campaign, you can play as an Empire, TIE pilot, or rebel alliance fighter pilot. “Star Wars: Squadrons” also offers a multiplayer option. The two main modes are Dogfight, which is a 5 on 5 player death match, and Fleet Battles, which is a multi-stage objective-based mode where squadrons can take the defensive role by going on missions to attack the enemy’s fleets.

The story begins after the destruction of “Star Wars”’ fictional planet “Alderaan”, with the main plot focusing on the remains of the Empire after the “Return of the Jedi” and the New Republic. Missions start in the briefing room where you can view your ship and talk to ally pilots. This is where you plan missions including flying, escorting, protecting, attacking, defending other ships, and taking out enemy forces. Each fighter has its own set of flight characteristics which can be adjusted to modify things like speed and maneuverability.

The game, which was released on October 2nd, can be played in standard or virtual reality, and is available on PC or PlayStation VR on PS4. It does not require a VR headset. 10,000 early users polled by Steam gave it a 73% positive rating. Users say they like the game’s visual and sound effects, as well as the $40 price tag.

Even with the in-game training program, the game has a steep learning curve. Some players say that once you have mastered, customized, and accessorized the ship to your liking, it can start to feel repetitive. In VR mode, the dialogue of the characters is limited, and the backgrounds are average. A number of players want to see more dialogue options to create variety and less linear stories. One of the ways players can make it look and feel different is by modifying the loadout of the selected fighter craft.

Except for bug fixes and graphical hiccups, EA and Motive officials say they have no plans to introduce new content for “Star Wars: Squadrons,” a strategy that is unusual in the modern industry for anything other than smaller indie games. Many are hoping that EA will change its position by introducing new and related missions, pilots, outfits and ships, live, service, and downloadable content. But overall, reviews are mostly positive, and many players think it is a very solid game.