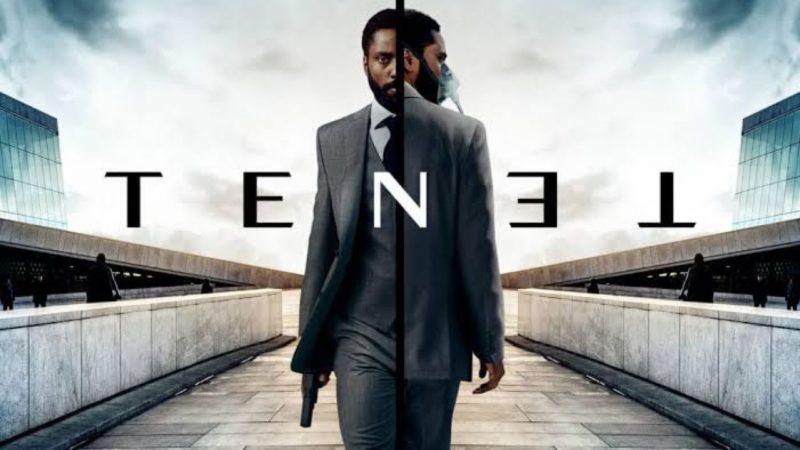 I have to admit, when I first saw the trailer for Tenet, I was way beyond confused, yet I was happy. Practically every trailer shown gives away the entire plot of the movie start to finish. I hate that! But this movie trailer? I had no idea what the movie was about. I love that! But, will the movie be just as confusing as the trailer?

No doubt about it, writer/director Christopher Nolan never makes your typical movie. From Dunkirk to The Prestige to his Batman trilogy, the man doesn’t disappoint. This time around, he tackles the concept of time itself, a subject he kind of touched on with his mind-bending film Inception. We begin with a bang. While trying to extract a guy at a Russian opera house, a CIA agent (John David Washington) is captured by Russian spies and almost killed. This agent, who’s never called by name, is only referred to as “Protagonist,”(so I’ll call him Pro for this review). He is recruited by an off-the-books organization called Tenet to go undercover to stop the world from ending. So, you know, no pressure!

Pro is then let in on a super secret that blows his mind: a nefarious megalomaniac named Andrei Sator (Kenneth Branagh) has discovered an algorithm from the future that lets him invert time and allows him to travel backward to events already done by going through some rotating turnstiles. It’s like the twin Earth portals in TV’s Fringe. His plan? What else? Destroy the planet! Bwahahahahaaa! Yeah, this guy would make a great Bond villain. Pro’s only way to get to this creep is going through a variety of bad guys and to Sator’s estranged wife, Katherine (Elizabeth Debicki), who hates her husband. Helping Pro out in his Mission Impossible playbook of getting things done is Neil (Robert Pattinson), a Tenet handler.

But getting Pro to see Sator isn’t going to be easy, as Katherine demands a favor first, and that means stealing a MacGuffin… sorry, I mean a painting and that’s where the fun (and the head-scratching) begins. Pro and his friends create a major distraction (and it’s crazy-nuts, too!), giving Pro the leverage he needs to finally meet the elusive and evil Sator. But things go really south when Pro, Sator, Neil, Katherine, and a chunk of plutonium all go on a wild car chase – twice – through inverted time! It’s jaw-dropping, messes with your mind, and makes you start doing calculus in your head just to keep up.

The third act is just a mind-f***, with stuff going on with inverted/backward time, so much so that I had to go to YouTube and check out several videos (The Ending of Tenet Explained) just to get a handle on what the hell happened. Writer/director Nolan loves this sort of stuff and must giggle like a schoolgirl when writing it, knowing it’s going to confuse 98% of the public. But I’ll say this: his directing is flawless. It’s precise, elegant, and dramatic and he never wastes a single frame. The screenplay is difficult to follow; God knows I tried! It’s an intricate jigsaw puzzle of covert operations that, entertaining and fascinating as it is, is hampered by a lot of “temporal pincer movement” and “inverted entropy” gobbledy-gook jargon.

To their credit, Washington and Pattinson are excellent, making it all look easy when spouting this time-gibberish and moving around in a reversed world. They make a perfect team and have great chemistry together. Branagh oozes evil, a nice change for him. Also look for Nolan’s favorite collaborator, Michael Caine, to pop up for a small cameo. Debecki shines here as the emotionally battered wife who has inner strength enough to see things through. With a movie that’s 2.5 hours long, it does hold your interest with all the eye-candy special effects, outrageous stunt work, and Ludwig Gorannson’s loud throommmmming score, so be prepared to have your brain tossed inside a salad-spinner with this maddeningly convoluted masterpiece.

**Showing only in limited release in selected theaters in areas like La Habra, Wilmington, Long Beach, etc. Check Fandango.com for theaters near you. VOD not available until 2021.