The Reseda Country Club: The Valley’s Other Legendary Music Venue 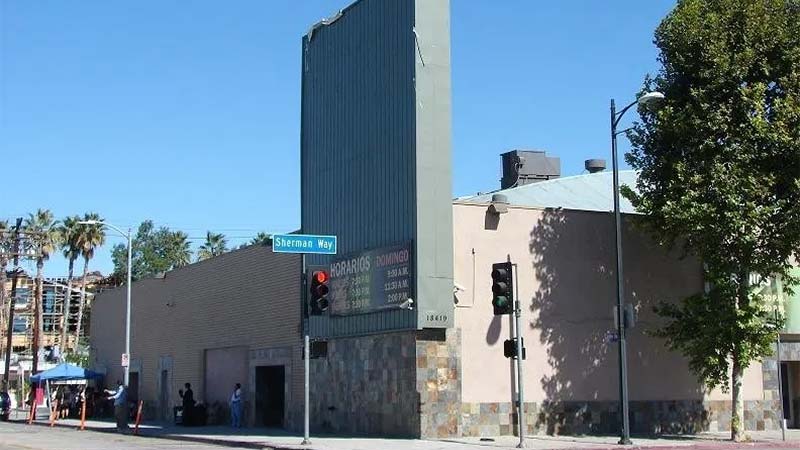 If you think of a legendary music venue in the Valley, it is probably The Palomino, the Country and Western, and later Punk and New Wave club that hosted everyone from Jerry Lee Lewis, to The Flying Burrito Brothers, and The Red Hot Chili Peppers. But beginning in 1980 The Reseda Country Club was home to some of the most raucous shows north of Ventura Boulevard.

The building, which still stands at 18419 Sherman Way, was originally built in the 1950s as a Sav-On drugstore. Following the success of his legendary nightclubs Largo and The Roxy, empresario, Chuck Landis purchased the property and converted it to The Country Club around 1980. The club was initially slated to cater exclusively to country music, hence the name, with Merle Haggard and The Strangers playing one of the first concerts at the venue.

However, with the surging popularity of punk music at the time in Southern California, a reputation for the club was building. From 1981 to 1984 promoter Jim Rissmiller began booking a more varied calendar of up and coming, and established rock acts. At a thousand-person capacity, the venue was ideal for newer acts like Bad Religion, and Fear, who had outgrown smaller clubs, as well as older acts like James Brown, and B.B. King, who could still attract a sizable crowd. U2 played their first concert in Los Angeles at the club in March of 1981. This era also saw performances by Iggy Pop, Roxy Music, Captain Beefheart, Roy Orbison, and Fugazi.

After Rissmiller’s departure, Landis pressed on, booking more hard rock and metal acts. When they did not have music on the bill, the Country Club doubled as a venue for boxing matches featuring future champions like Michael Nunn and Terry Norris. This continued until 1998, near the end of the club’s run.

The Reseda Country Club was also frequently utilized as a filming location. The music video for Mick Jagger’s 1988 song, “Throwaway” featuring Jeff Beck was filmed there. The club can also be seen in the movie Boogie Nights standing in for the fictional club Hot Traxx. The seedy, yet comfortable vibe fit perfectly with the film’s aesthetic.

As the years went on, the club’s fortunes fell, and it eventually closed around the turn of the century. While some blame the downfall of the club on the changing tastes in music, and entertainment, years of neighborhood complaints of noise, crime, and rowdy concert goers, may ultimately have been the biggest reasons. Today, the building serves as the home for the Spanish-language church Restauración Reseda.

If you are looking to relive the glory days of The Reseda Country Club, you can find many full concerts at the venue on YouTube. These lo-fi camcorder videos capture the sense of the frantic energy and immediacy, for which the club was famous. Better yet, next time you are cruising down Sherman Way, stop by the big brown building at the corner of Canby Avenue, and think of all the music legends who passed through the doors of this humble club in the Valley.

Adam Papagan is a historian, tour guide, and occasional consultant to The Valley Relics Museum. He is also host of the YouTube series “Rock and Roll Party!”