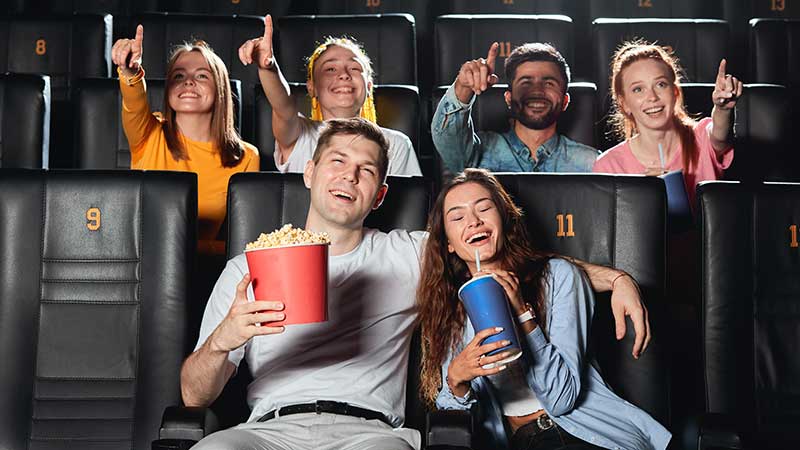 Is it an exaggeration to say that the decline of the romantic-comedy in the late aughts and early 2010s is directly correlated to the decay of decency, civility, and genuine human empathy exhibited by so many in our contemporary, twitter-obsessed culture? Maybe. But still, every time I sit in the dark sanctuary of the movie theatre (remember those?) and watch cartoonish, caped characters clashing over the fate of the known universe, I can’t help but yearn for those faraway days when a movie’s climactic moment could just be a girl, standing in front of a boy, asking him to love her.

Not being a fan of playground politics or the outdoors, I spent most of my adolescence inside watching rom-coms with my mom. From Moonstruck to Pretty Woman to Meg Ryan’s entire 90s oeuvre, rom-coms provided texture and color to the unrealized passions and unattainable dreams of 10-year old me. So what if they’re clichéd? So what if they’re a tad formulaic? Life is chaotic and unpredictable and painfully deficient in so many ways, we need a little formulaic magic every now and then. And despite being declared dead by the Hollywood Reporter in 2013, the genre has made a comeback in recent years, and just in time.

Romantic-comedies at their best can serve as a beacon of light in times of deplorable darkness, so follow along as I count down my personal favorite romantic comedies released since the year 1990. Why 1990? Because this is my list and I arbitrarily set the parameters. Also, since my two favorite examples of the genre were released prior to 1990, I wanted to set those aside for future articles to give them the appropriate spotlight they deserve.

What screams romance and comedy more loudly than the story of a president, an environmental lobbyist, and a Congressional bill calling for a 20% reduction in carbon emissions? The answer, for most people, is many, many things. But with The American President, Reiner, Sorkin, and a top-notch cast manage to pull off a cinematic juggling act by combining earnest romance, sharp, if slightly partisan, political drama, and genuine wit to form an undeniably entertaining package that still resonates 25 years after its initial release.

The story centers on the president of the United States, Andrew Shepard (Michael Douglas) – a recent widower who narrowly eked out an electoral victory and now enjoys a 63% approval rating heading into an election year – and newly hired environmental lobbyist Sydney Ellen Wade (Annette Benning). Their auspicious meeting at the White House begins with Sydney criticizing Shepard’s political track record on environmental issues and ends with Shepard, obviously bewitched by her passion and beauty, asking Sydney if she’d “like to get a donut.” This spark of attraction leads to dating, which leads to controversy, which leads to tanking poll numbers and fervent debate about what is and is not the business of the American public when it comes to a president’s personal affairs.

While all of that sounds a bit heady for a fun rom-com, it’s the chemistry of the ensemble cast (which include such notables as Michael J. Fox and Martin Sheen) and the unique, rhythmic magic of Sorkin’s dialogue that provides an air of effervescent charm and catapults this movie onto my list.

Ten Things I Hate About You

My favorite phenomenon in all of filmdom is the one where two movies are released in the same year with strangely similar settings and stories. You know what I’m talking about, things like 1997’s twin volcanic eruptions in Volcano and Dante’s Peak¸1998’s asteroid-striking-the-Earth-movies Armageddon and Deep Impact, and the fantastical, magical stylings of 2006’s The Prestige and The Illusionist. The subgenre of teen-rom-coms had its own brush with this phenomenon in 1999 with the release of She’s All That and Ten Things I Hate About You. Both films are based on literary source material (Pygmalion and Taming of the Shrew, respectively), and both plots revolve around a bet or transaction, which leads to deception, which inevitably leads to romance because, well, movies. But what is it that elevates Ten Things I Hate About You above its contemporaries, and pretty much every other teen rom-com ever made?

Maybe it’s the charisma of a fresh-faced Heath Ledger and Julia Stiles, whose performances transcend the typical tropes of a teenage love story. Maybe it’s the well-crafted script written by Karen McCullah and Kristen Smith (who went on to write Legally Blonde, one of a handful of movies I consider to be “perfect”), which expertly hits all of the beats of a movie dealing with the teen experience – first love, angst, the perils of popularity, the confines of conformity, prom, and the pressures of plunging into the precipice of adulthood that every graduate feels at some level – without pandering or over-simplifying. These are complex characters in a complex story, and that alone puts it in the upper-echelon of the genre. But when you add iconic moments like Heath Ledger serenading Julia Styles with Frankie Valli’s “Can’t Take My Eyes Off You,” and Larisa Oleynik’s character Bianca punching the antagonistic underwear model Joey Donner (played by Andrew Keegan) in the face on the middle of the prom dance floor, you get one of the best movies of a year many consider to be the best in movie history.