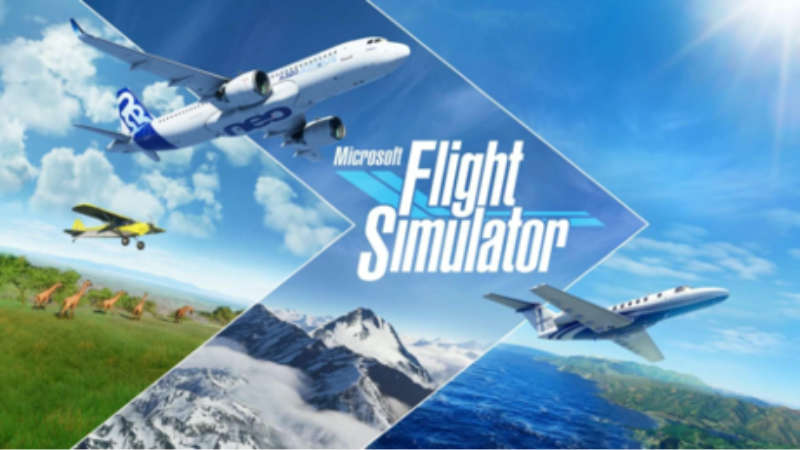 It is PC gaming’s longest-running franchise, as well as one of its most popular. Now, more than four decades after it was first introduced, Microsoft Flight Simulator has gotten a state-of-the-art makeover.

Early versions of the simulator included basic low-tech graphics with limited features to fly an airplane. Flight Simulator, which was created by Bruce Artwick in 1976, started as a set of written articles on flight simulation using 3D graphics. That same year, Artwick founded Sublogic Corporation to commercialize his ideas. It was first released for Apple II, but eventually ended up in the hands of Microsoft.

Microsoft Flight Simulator 2020 is conceptually similar, but otherwise, it is light years away from earlier versions. AMC Games describes it as “the most realistic flight simulator ever created.” It is a technical breakthrough that takes gaming realism to an entirely new level.

The 2020 version relies on more than two petabytes of Bing’s satellite imagery to stream a realistic simulation of the Earth. It is the equivalent of two million gigabytes. Machine-learning algorithms and Azure’s AI technology use these high-quality satellite images to transform them into 3D buildings, terrain, water, and trees plus other objects. It includes around 40,000 airports, 400 cities captured in mapping scans, and a newly improved flight model. The use of topographical data in games is not new, but the exceptional resolution and detail of Flight Simulator 2020 is unmatched. The game features an immersive weather system, breaking the planet’s atmosphere into 250 million boxes where it can track real-time temperature, wind direction, and weather conditions such as hurricanes and tornados.

Your flight experience will be different each time you play. For instance, if you find yourself in a cold location, your virtual windscreen will ice up. Real-world pilots describe the look and feel of the virtual airplanes as indistinguishable from the real thing.

One issue users have reported is problems with the game’s responsiveness. Some say that when they were flying in more crowded areas, they noted that the frame rate was slow, even at the lowest settings. Glitches are another issue. One glitch caused the terrain of a specific area to warp down to the planet’s core, where players were able to fly down and find a hidden airport. Another glitch created a 200-floor skyscraper in Australia. The Microsoft team is working on fixing the bugs, even though some players are enjoying the unexpected twists.

There are also players who have been using the ability to create their own custom modifications, like adding Godzilla to San Francisco Bay and sharing the mods for other players to download.

If you want to enjoy the experience with other people, you can activate the “Live Traffic” button and pick other pilots to fly alongside. If navigating the plane gets too complicated, you can always hand over control to your co-pilot with AI Control. Pilots say it is like being inside the cockpit of a plane, which can be complex. With Airplane Mode, available for an additional $11.99 on Steam, you can chill out as a passenger while reading the plane’s magazine “Stratospheres,” play sudoku, listen to music and podcasts through your unreliable in-flight Wi-Fi, eat bland airplane food or deal with a screaming baby on board. In other words, it is all of the things you might have missed by not traveling during the worldwide pandemic.

Many are eagerly awaiting the virtual reality support. According to Jorg Neumann, the head of Microsoft’s Flight Simulator development team, they have been working on VR support for over a year. The closed beta version is expected to be released by the end of November. The initial headset to support the game will be the HP Reverb G2, which is due this fall. The device will provide a whopping 4320 by 2160 pixel resolution. Work on adding compatibility with additional VR headsets such as HTC or Oculus will start after the Reverb G2 launch.

The latest technological advancements in virtual reality paired with AI’s satellite imagery bring mind-blowing prospects for the gaming industry. Imagine being able to move and explore almost any part of the world on ground level by foot, or other vehicles. The opportunities can stretch your imagination, and while much the world is stuck at home, it could not come at a better time. Flying over India looking for elephants, over Chile to watch wild flamingos, or over Tanzania to gaze at giraffes are not common opportunities, but doing this in a virtual simulator can produce a sense of awe. The ability to live stream the game, fly with other pilots, and turn it into a team effort can help people break through their isolation.